The event was the Huntsville film festival hosted by Algonquin Outfitters and it was a toss up for being my first successful solo or another fun trip with my paddling partner, Steve Miller.  We pretty much had thins nailed down on Tuesday until everything took a major twist (as per usual) and by Thursday we had finally decided on Steve and I going to the show, and then into Algonquin PP for a short interior trip.

Hat’s off to Randy and the rest of the AO staff plus the Algonquin Theatre staff for putting on a first class production.  We met a lady at the door and she was told the box office was closed and she wouldn’t be able to purchase a ticket.  “POOF”  out of my pocket appeared an extra ticket and she was in and smiling!  Funny how something so easy can make you feel so good inside.

Saturday dawned a glorious morning and with a constant level of “What the heck is going on?” we gathered our stores and off we went….and came back….then went….and finally returned to the Portage Store on Canoe Lake.  Permits procured, canoe unloaded, and gear stored, we were set to go when the “Holy Jeez” cry of uncertainty erupted and a man and woman were unceremoniously deposited into the lake as the man attempted to enter the canoe.  Omen of things to come……?

First time for us on this route and the paddle was fantastic right up to the portage around the dam into Joe Lake.  MOSQUITO CENTRAL!!!  These babies had landing lights on them.

Out onto Joe we went and while we had a number of first choices, we knew we’d have to have a close look at what was available.  Rounding a corner we came across a folded over marker and decided to have a look.  As we approached the landing cove, the bugs again descended but we were hooked on the first appearance.  It was a great choice with a sun drenched glen for the fire pit and tent and our own verandah overlooking the waterway.  In we went and started to land our gear and have a look…….at all the garbage left behind by our “fellow campers”.  Come on people!   The canoe wasn’t emptied when the sound of an outboard rang in our ears and we were then talking to an MNR officer and a PP warden.  Pleasantries exchanged, I asked if they’d be opposed to our trucking out a bunch of leftovers and they were quick to offer a bag and the service of their boat to bring the junk out.  Thank you Gentlemen!

Just a glorious day spent within a magnificent setting and after a delicious dinner, we bedded down for the evening anticipating a wet morning with rain in the forecast.  My night was broken from a troubled sleep and the morning dawned as wet as imagined.

All in all it was a great trip as it marked my first time interior camping in the park and the first time to lay eyes on the cairn to Tom Thomson.  Yet this trip has raised more questions than it has provided answers.  Part of the journey, no? 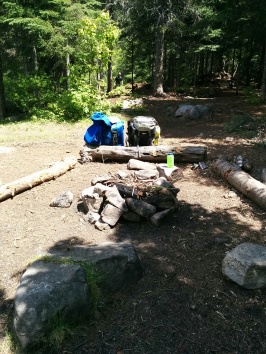 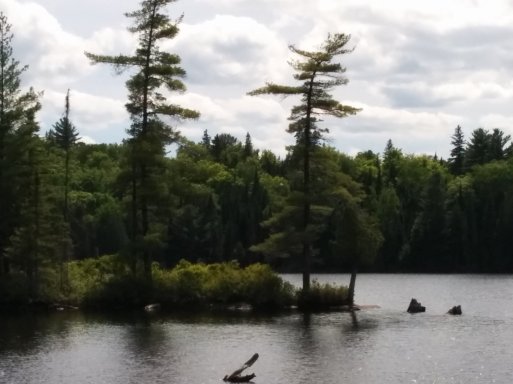 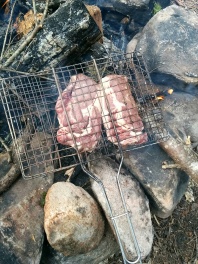 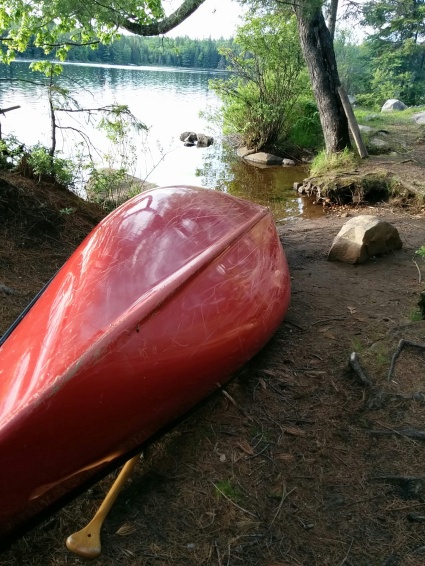 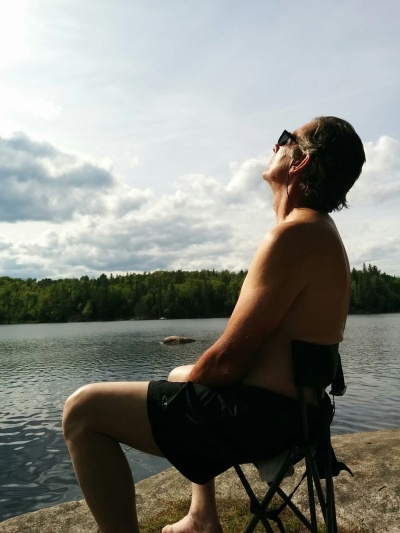