Skip to content
Search
Close
Well, well, well! Another Outdoor Adventure Show – Toronto has come and gone but when it left this year; it did so with a greater impact and a deeper feeling of respect!
I talked at length about the show with my wife Karin, as she attended the show again this year, along with our son, Liam.  I wanted to speak with someone with smarts, someone articulate, and with good taste and shortly after I realized who she married, I knew she was the one!
As I love to ramble on and promote outdoor functions, the OAS has now suffered through two years now of my attending the show and also promoting via my social media outlets.  We ran some ticket give a ways and as a result I’ve actually met some really great people through this function.  My main contact was with a young lady, Mona, and all I have to say is what a firecracker!  My big regret from the show is not having met her face to face.  She was right on with every aspect and went over the top to get things functioning very smoothly!  I was only successful at catching her up once.  I called in one day and she said, “Oh, I was just emailing you.”  I replied, “I know”…..and the silence was deafening!  It’s the stuff that goes on in the background that makes the front end operation look so smooth, so hat’s off Mona!
As a camper (when it suits me) and a canoeist (when I can stay in the canoe) and an experienced woodsman (excuse me, do you have a bandage….no a bigger one….that’s it?) I’m headed for the Outdoor Adventure Show – Toronto.  “Canada’s ultimate outdoor adventure and travel event.”  Exactly what expectations had I?  Keep that quote in mind!
The three of us get inside and grab our media credentials and it’s SHOW TIME!!! Being on somewhat familiar ground we enter and stopped!  Holy Smokes…the place is packed!  Karin goes, “Gameplan” so we decided to fake left and dash right.  The overhead banners were very well placed and highly visible from almost any vantage spot.  Liam was my photographer for the day and for his first shoot, I think he did very well. I had a few targets in mind and as a guy, I’m always open “SQUIRREL” sorry, to new gadgets/ideas/locations and functions.  Karin does exactly what she wants and moves at her own pace which keeps me in perfect check and yields an untold plethora of surprises when all the bags are emptied out.  I just love that girl!!!
It was finally decided to head for the hills and so we dashed through the parking lot to the truck and on the way home I said, “Man, was there ever a lot of destination booths.”  Karin said, “Yes, and I thought there were a lot of scuba booths.”  That’s when Karin shouted out, “Tell them to keep that quote in mind!”
Ok, so we have the boat show, we’ve got the this show and the that show but I’m talking about “Canada’s ultimate outdoor adventure and travel show”!  Of course diving is an outdoor adventure!  Let’s all head off to Woodland Caribou Provincial Park, said many of them at the show.  Ever been to the Azores?  They’re at Booth A2  Axes?  Aisle 2.   The big thing everyone, is that the SHOW WAS PACKED!  This is a multi faceted show with the impetus on being outdoors, healthy, with a family orientation, and it came off in first class style!  They offered speakers from every section and they were nothing short of dynamic.  Some of the exhibitors had their own “specialists” which lent a “show within the show appeal”.  From start to finish this show has, and continues to deliver on the outdoor adventure theme.  It’s really your choice as to which adventure you will embark on.
For next year I’m seriously considering going head to head with the likes of Jim Baird, David Lee, Christina Schuerman, the Jennings Gents, and offer the OAS my riveting talk of “How to put up your hot tent on the 3 year plan”.  Ya, I agree, a few more tweeks needed, Yes?
Put this show on your calender for next year and get out and see what the outdoors has to offer!  Remember, the big limitations, are the ones you put on yourself! 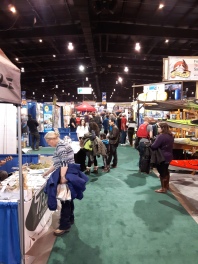 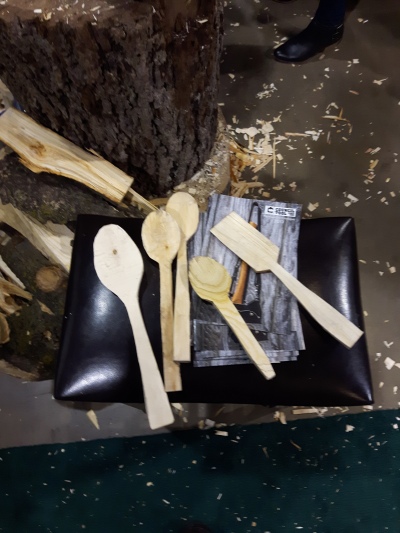